Twins are creepy. The Shining, Breaking Bad Season 3, and The Parent Trap starring Lindsay Lohan proved this. Could you imagine a world with two Lindsay Lohans? All those car accidents they would cause. Children in poorer nations would not have enough cocaine to eat for lunch. Lucky for us The Parent Trap was movie magic. Unfortunately real twins do exist. And on the show The Suite Life of Zack and Cody we got to see how they live. 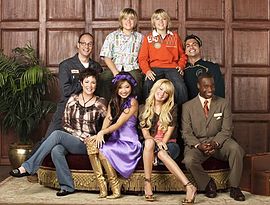 The Suite Life is about twin boys named Zack and Cody played by Dylan and Cole Sprouse. They don’t have a life like normal boys. These boys live in a hotel suite. How was this possible? Their mother sings in the lounge at the hotel so they let them stay there because hotel lounge singers are in such large demand they didn’t want to let her go. At least that’s how I pieced things together. Maybe there was something about a house fire or abusive husband they were running away from.

As per usual one of the twins was smart and cautious while the other was dumb and adventurous. Why are the adventurous kids always dumb? This makes me think Indiana Jones should have had Down Syndrome. The twins were easy to tell apart because the smart one was a little bit thinner while the dumb one was a little chubbier. This is helped things a lot. If it weren’t for their weight difference they’d probably have to disrobe in order to tell the difference.

There were many other characters on this show that had memorable parts. There was Erwin the dopey mechanic or whatever his job title was. I think they were trying to rip off Lowell from Wings. There was also London Tipton played by Brenda Song. The hotel where the show took place was called The Tipton and London is a city. She was basically an Asian version of Paris Hilton minus the sex tape. Maybe if they had made one this show wouldn’t have needed a terrible spinoff. 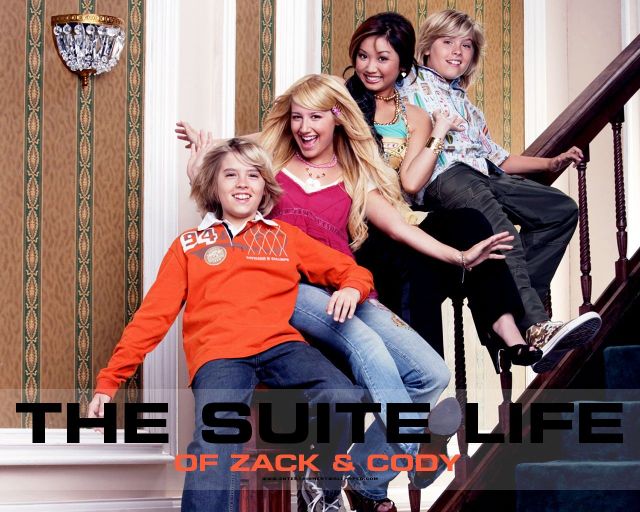 (Good idea, put the fat one in the back)

Also on the show was Ashley Tisdale. She played Maddie, the candy counter girl. Has anyone ever been to a hotel with a candy counter? I think this was Disney’s version of a hotel bar. Maddie was smart and beautiful. She was also poor as opposed to London who got everything in life. Somehow even though she was really poor Maddie could afford to get a nose job sometime around Season 3. They never mentioned it and I’m still not sure whether or not I like Ashley Tisdale’s new nose more or less.

The best side character on this show was probably Mr. Moseby. He was the 5’4 African American hotel manager with a British accent. Mr. Moseby was a real bastard sometimes. He was always ruining the twins’ fun with his square rules and regulations. I thought it was daring of Disney in a post-9/11 world to make a black man the bad guy. Then I remembered this was Disney. They could make a Martin Luther King Jr. film and somehow make him seem like an ass. 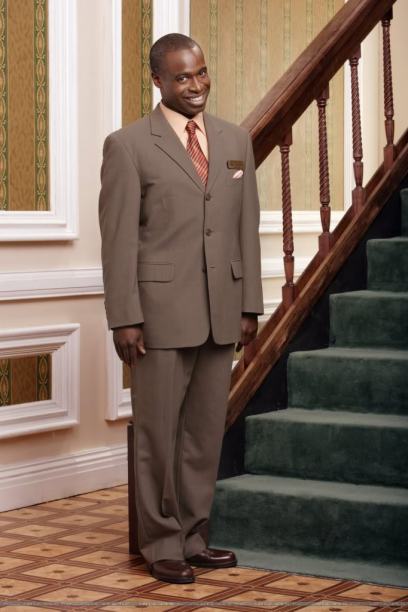 (Look at this tiny little black man. He’s so cute I just want to own him. Not like that….)

If I was a twin The Suite Life would have been a favorite show of mine. I wasn’t a twin but I still enjoyed the first few seasons of the show. They have since gotten a spinoff where they take classes on a boat. I have a thing against spinoffs, especially ones I am too old to watch. Only a few characters returned, like Zack and Cody, London, and Mr. Moseby, so it’s only a shadow of its former self. Kind of like my dad when he started drinking, I don’t like this version as much.

2 thoughts on “The Suite Life of Zack and Cody”