Gentleman, remember that size does not matter. It’s what you do with what you have that is important. As the Bell Rings was a 4 minute show that would air throughout the day on Disney Channel from 2007-2009. With only 4 minutes to tell a story, As the Bell Rings had a lot of work to get done.

(Jumping off the ground with joy or to their deaths without understanding the dangers of gravity?)

The show is set in a high school hallway in between classes. I guess this was allegorical in that the show was in between real shows, you know the ones not shorter than the average poo.

Arguably, and I’m not sure why you would argue about it, the main characters of the first season were Danny and Charlotte. Charlotte was played by Demi Lovato aka the only person who had any success from this program. They both clearly liked each other but always had trouble expressing it. Then Demi Lovato’s career took off so they had to write her off. I think they said she moved. It would have been better if they said she had a cocaine problem like the real Demi Lovato. For the second season she was promptly placed with someone else as the love interest. Nobody noticed. Most people were taking that average 5 minute poo when this was on.

Following the Friends dynamic, Danny had two male friends. They were a nerdy guy named Toejam who was always kind of dirty and a kid with a weird deep voice and no chin named Skipper. Toejam’s real name on the show was Thomas and Skipper’s real name was Skipper. Who names their kid Skipper? I think this is a fine argument against gay marriage because that name is so Posh-Homosexual. 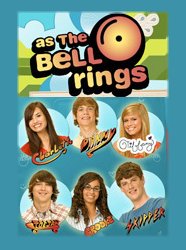 (Look, I don’t even have to make a caption telling you who is who, that is if you can actually read their names)

Continuing with the Friends theme, Charlotte and then her replacement named Lexi have two female friends. There’s Brooke who is the know-it-all, basically the saner version of Toejam and there’s Tiffay who is a ditzy blonde who says stupid things. She’s basically the female version of Skipper. Skipper is very in love with Tiffany because all he would ever have to do is get his older brother to buy him some beer and she’d probably turn into a slut after one can. Toejam also likes Brooke because he’s afraid of dying alone. Keep in mind these are not direct plots from the show but rather educated guesses.

The show chronicles what happens between classes to these six/seven characters. Usually they stand near a window talking about nonsense. In such a short time it was hard to ever go beyond a simple “I have a problem,” “This problem has gotten worse,” “I have come to terms with this problem in some way” outline. It was a very simple show which I guess we have to love because it was better than seeing a commercial for Vagasil.

(The most common camera angle used on the show. This may also be why Demi Lovato has self-esteem issues, she was the star and they still blocked her face with network advertising)

As lame as this show was, it did have a few “funny” parts and I say funny in the same way you’d call someone you know funny because you know how much it would mean to them to hear it. I do think other networks should attempt something like this because commercials suck. Then again I don’t watch cable so what do I even care?

7 thoughts on “As the Bell Rings”