Mooselicker says: This was written by Mark over at The Animation Commendation. He knows a lot more about Kidz Showz than we ever could know and he might be the creator of Arthur. I’m not sure. I’m too afraid to ask.

Who here can honestly say that they never grew up with PBS?

Quite amusing! Well, the fact is that the vast majority of people viewing this page have indeed grown up with PBS and their many shows including “Arthur”, “Barney & Friends”, “Mister Rogers’ Neighborhood”, “The Magic School Bus”, “Sesame Street”, “Caillou”, “Clifford the Big Red Dog”, etc. And I’m no exception! Many of the PBS shows are dear and beloved to me, but one show in particular that I have a predilection for is none other than “Cyberchase”!

Don’t bother looking up the definition of “predilection”! Just pay attention to what I have to say!

With the focus of the show being mathematics, this show was pretty much loved by all critics! But the average kid reception was somewhat mixed. Basically, the ones who hated school disliked the idea of coming home and learning more math! 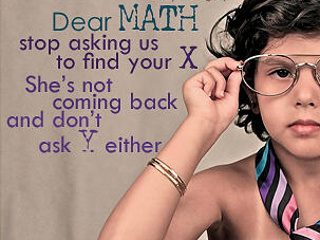 The show featured three Earth kids, Jackie, Matt, and Inez, who have the ability to get transported to the digital world of Cyberspace.

Hey, it could’ve been worse! They could have been transported to a land of fire-breathing dragons!

Cyberspace is run by a leader named Motherboard (what else would she be named), who’s not in fully functioning order for pretty much the entire series. 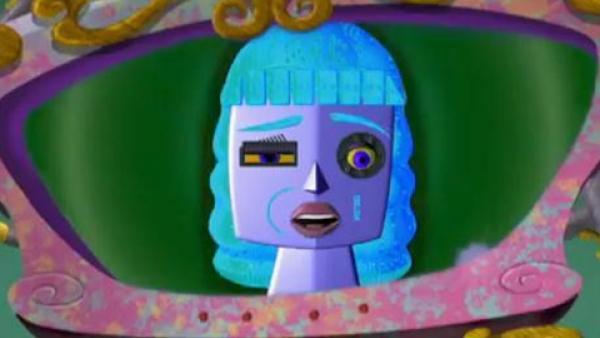 Ruled by a hologram in a computer? Sounds a bit Orwellian to me!

The reason being that an evil nemesis and once-good guy named Hacker (aka “THE Hacker”) constantly does his best to destroy Motherboard’s circuitry and take over Cyberspace for himself! And this lovable bad guy is voiced by none other than the amazing Christopher Lloyd himself! 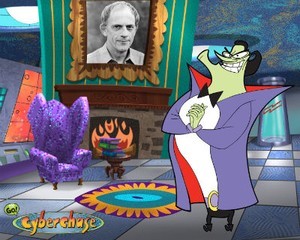 “It’ll take a lot more than 1.21 ‘jigowatts’ to overthrow Motherboard!”

Speaking of celebrity voices, the kids make friends with a formerly bad cy-bird named Digit who helps them frustrate the Hacker’s evil schemes and is voiced by none other than the…umm…indescribable Gilbert Gottfried!

Now you may be wondering, “How does mathematics play a role in this show?”. Well, basically all of Hacker’s plans are thwarted by our three heroes and Digit by the use of some mathematical principle or principles, be they the use of levers, understanding of coordinate systems, the laws of probability, recognizing sequences and patterns, possessing algebraic knowledge, understanding volume, equalizing ratios, making sensible estimations, performing measurement conversions, solving logic puzzles, trudging through long division, understanding properties of circles, locating objects on grids, or a plethora of other math topics that my tiredness prevents me from mentioning! 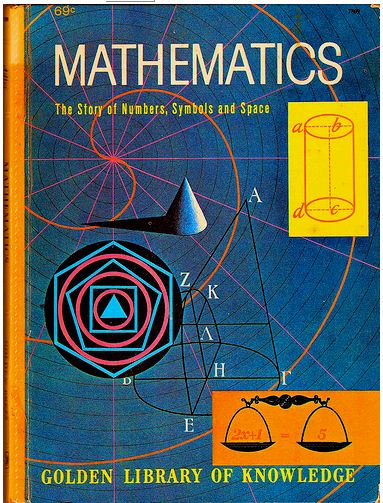 There’s enough material in here for a score of seasons!

The show has been on hiatus since 2010, but apparently is due for another season later this fall. If it does indeed resume, I will definitely be watching it!